Request a call back

Posted on March 2, 2016 by Laura Varey in HR Legislation 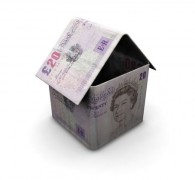 The National Minimum Wage will apply to all workers aged between 18 and 24 years and, from April 2016, will be set at the following rates:

It is important that you comply with the new rates as employers can face criminal prosecution and unlimited fines for failing to pay at least the National Minimum Wage to eligible workers.

If you have any queries regarding the National Minimum Wage or any other people management matter, please contact me on 01733 711073 or at marissa@simplicityhr.co.uk.